Vox Dance Theatre of Los Angeles performs a diverse array of dance theater works by its founder, Artistic Director, and principal choreographer, Sarah Swenson.
A company of women, Vox performances are crafted and steeped in womens' experience,
yet spring from themes of universal appeal, with a potent theatrical dimension.
Vox has been enthusiastically greeted everywhere, beginning with the world premiere of
Swenson's signature work, Fimmine, at the Toronto International Dance Festival in 2005,
where they “…stilled the entire audience each time they performed…” (Michael Menegon, TIDF).
Since then, Vox Dance Theatre has proven to profoundly engage, move, and transport audiences worldwide, inspiring deep thought as well as feeling.
***

Here's the roster of fabulous dance artists who have performed with Vox USA,
many of whom were part of the creation of the Vox repertoire:

Please email me with omissions. 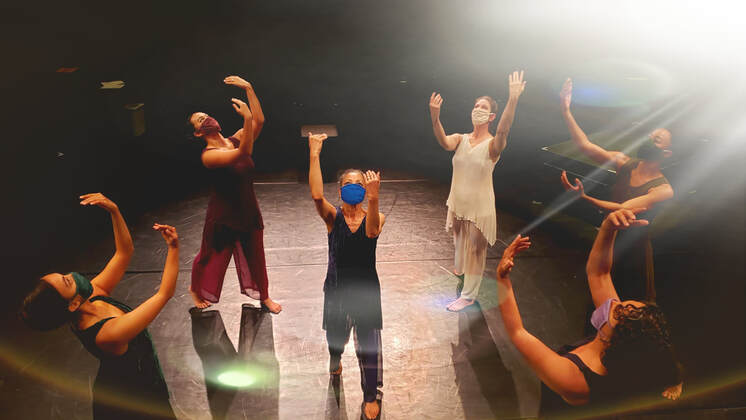